The Continental System: An Economic Interpretation 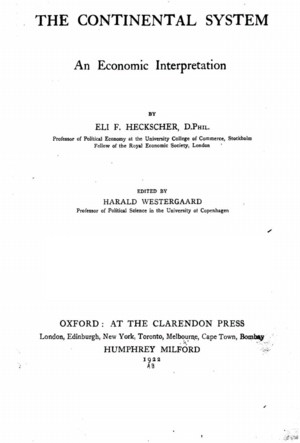 The great Swedish economist, Heckscher’s, first effort to show how interventionist economic policies fail. He began with this 1918 study of Napoleon’s effort to wage economic warfare against the British known as The Continental System. His later and better known work in a similar vein was his 2 volume study of the system of economic regulation in the 18th century known as Mercantilism.