The Goodriches: An American Family 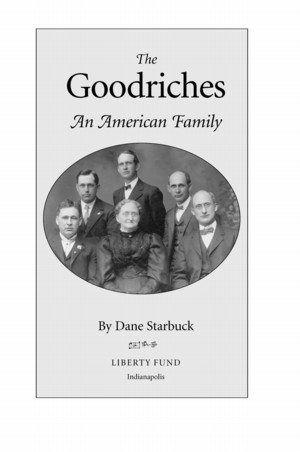 A biography of one of Indiana’s most prominent twentieth-century families. It begins with the birth of James P. Goodrich in 1864 and continues through the death of his son Pierre F. Goodrich in 1973. James Goodrich served as governor of Indiana from 1917 to 1921 and as adviser to Presidents Warren G. Harding, Calvin Coolidge, and Herbert Hoover. In later years, Pierre Goodrich, successful businessman and entrepreneur, would set aside a portion of his estate to found Liberty Fund because he believed that the principles of liberty on which our nation was founded need to be constantly kept before the public. This work is a revealing window into the founding ideals of both Indiana and our country, and how our founders meant these ideals to be lived.