The Present State of Germany 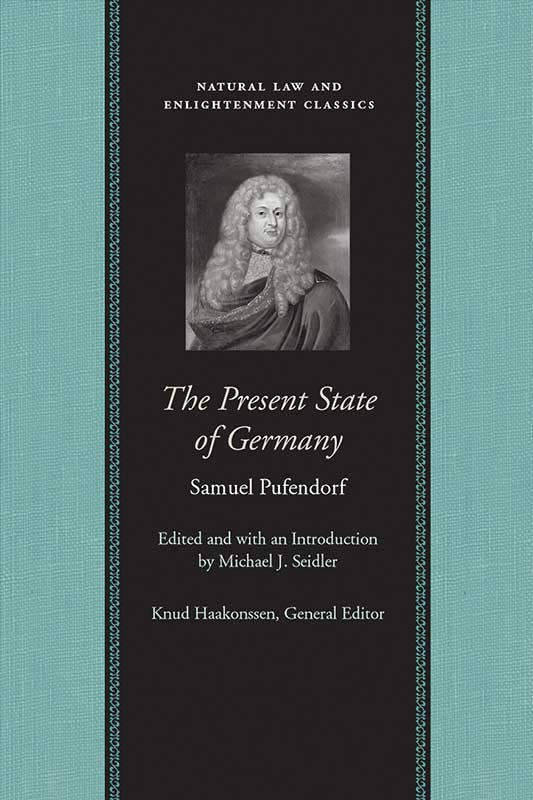 Although The Present State of Germany was first made available in English over three centuries ago, it has been virtually unavailable in English since the period of the American Founding. By 1696, Pufendorf was well known in England as a staunch defender of the Protestant cause and as one of the renovators of natural law. His writings were familiar to such luminaries as Locke and figured prominently in James Tyrell’s Patriarcha non Monarcha (1681). The editor of this volume, Michael J. Seidler, describes this work of Pufendorf as “an account of German constitutional law detailing the historical relations between the Emperor and the Estates as well as an examination of the legitimating foundations of Imperial authority, a general analysis of the nature and requirements of political sovereignty, and a reconceptualization of the different forms of political order… . Its central distinction between so-called regular and irregular states, resting on the question of the locus of sovereignty, demotes the traditional political categories into mere administrative possibilities and thereby creates a more general problematic of freedom and authority with which we are still wrestling today. That is, it raises, at a very early stage in the contractarian tradition which we have inherited, the basic question of how effective political unity is compatible with competing values of diversity and individual liberty.”

The Present State of Germany, trans. Edmund Bohun, edited and with an Introduction by Michael J. Seidler (Indianapolis: Liberty Fund, 2007).