Home / Titles / On Religion Considered in Its Source, Its Forms, and Its Developments

On Religion Considered in Its Source, Its Forms, and Its Developments 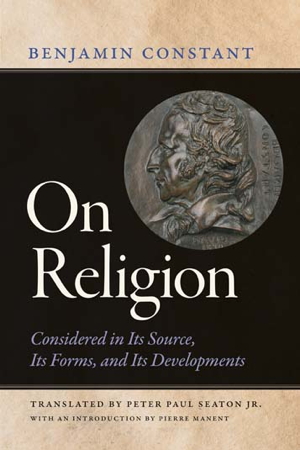 Constant worked on this study of humanity’s religious forms and development throughout his life, eventually publishing five volumes between 1824 and 1831. His aims were to relate religious forms to their historical contexts and civilizational developments, to show partisans of the new post-revolutionary order that the religious impulse was natural to the human heart, and to show religious reactionaries that history had left them behind and that the natural state of the religious sentiment was an unfettered “spirituality” left free to find new forms of expression.

On Religion Considered in Its Source, Its Forms, and Its Developments. Translated by Peter Paul Seaton Jr. Introduction by Pierre Manent (Indianapolis: Liberty Fund, 2017).