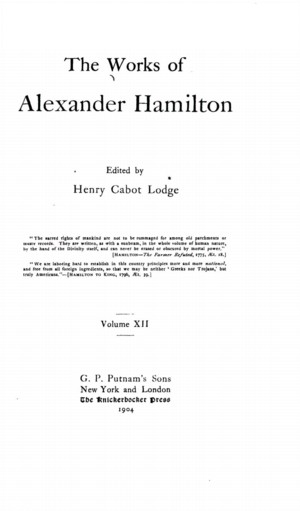 Vol. XII (The Federalist (continued) No. XLVI to LXXXV, The Federal Constitution and Amendments) of a twelve volume collection of the works of Alexander Hamilton who served at a formative period of the American Republic. His papers and letters are important for understanding this period as he served as secretary and aide-de-campe to George Washington, attended the Constitutional Convention, wrote many of The Federalist Papers, and was secretary of the treasury.