Home / Titles / Empire and Nation: Letters from a Farmer

Empire and Nation: Letters from a Farmer 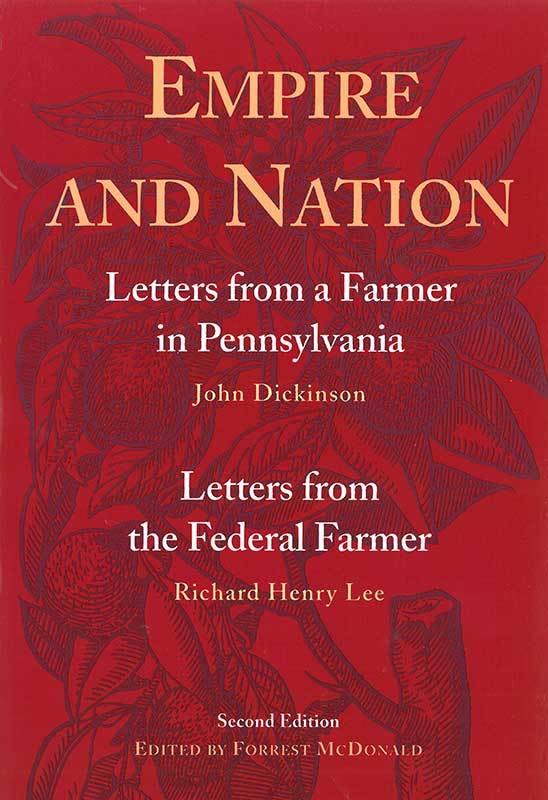 Two series of letters that have been described as “the wellsprings of nearly all ensuing debate on the limits of governmental power in the United States” are collected in this volume. The writings include Letters from a Farmer in Pennsylvania - the “farmer” being the gifted and courageous statesman John Dickinson and Letters from the Federal Farmer ?he being the redoubtable Richard Henry Lee of Virginia. Together, Dickinson and Lee addressed the whole remarkable range of issues provoked by the crisis of British policies in North America, a crisis from which a new nation emerged from an overreaching empire. Dickinson wrote his Letters in opposition to the Townshend Acts by which the British Parliament in 1767 proposed to reorganize colonial customs. The publication of the Letters was, as Philip Davidson believes, “the most brilliant literary event of the entire Revolution.” Forrest McDonald adds, “Their impact and their circulation were unapproached by any publication of the revolutionary period except Thomas Paine’s Common Sense.” Lee wrote in 1787 as an Anti-Federalist, and his Letters gained, as Charles Warren has noted, “much more widespread circulation and influence” than even the heralded Federalist Papers. Both sets of Letters deal, McDonald points out, “with the same question: the never-ending problem of the distribution of power in a broad and complex federal system.” The Liberty Fund second edition includes a new preface by the editor in which he responds to research since the original edition of 1962.