The Manchester School of Economics 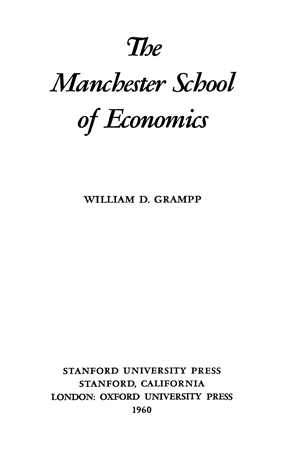 A history of the so-called “Manchester School” of economic thought which emerged in the 19th century in order to challenge protectionism, especially the corn laws in Britain. It continued a as force after the repeal of the Corn Laws in 1846 with its advocates promoting peace and free trade.

This book is published online with the kind permission of the copyright holder, the author William Grampp.