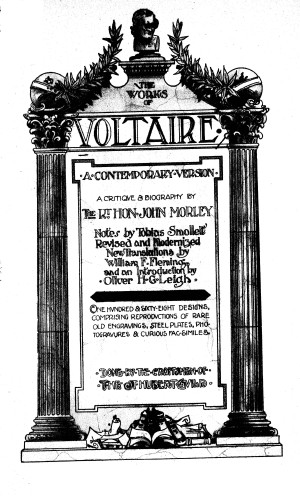 Volume 4 of the Philosophical Dictionary with entries from “Joseph” to the “Privileges.” The Philosophical Dictionary first appeared in 1764 in a “pocket edition” designed to be carried about one’s person. It consists of a series of short essays on a variety of topics all of which are tied together as examples of Voltaire’s withering criticism of “the infamous thing” - examples of tyranny and persecution by a privileged orthodoxy in Church and State of those individuals who disagree.