Home / Titles / Patriarcha, or the Natural Power of Kings

Patriarcha, or the Natural Power of Kings 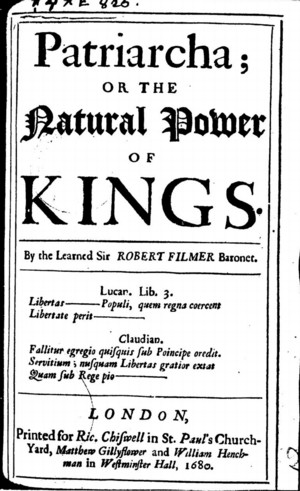 In the aftermath of the English Revolution which saw the execution of a king and the creation of a Commonwealth and the restoration of the monarchy, Filmer wrote a solid defense of the divine right of kings which in turn prompted John Locke to write a riposte - part 1 of the Two Treatises of Government.