Union and Liberty: The Political Philosophy of John C. Calhoun 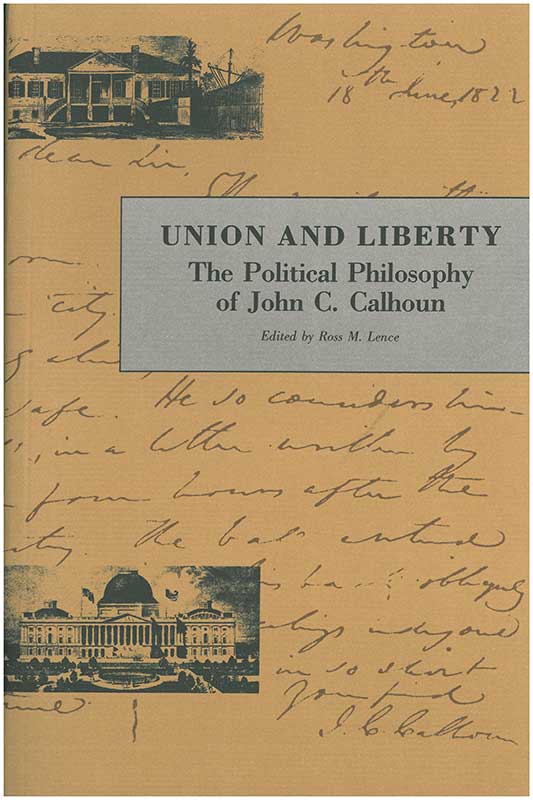 Calhoun’s most important constitutional and political writings are now available as complete, unabridged texts and in a single volume, many for the first time since the 1850s. These writings address such issues as states’ rights and nullification, slavery, the growth of the Federal judicial power, and Calhoun’s doctrine of the “concurrent majority.” This selection presents twelve notable speeches, letters, and essays by Calhoun; among them are his famous Fort Hill Address and his two great treatises on government - “A Disquisition on Government” and the “Discourse on the Constitution and Government of the United States.”

Read the Liberty Classic on this title from Law & Liberty