Home / Titles / The Webster-Hayne Debate on the Nature of the Constitution: Selected Documents

The Webster-Hayne Debate on the Nature of the Constitution: Selected Documents 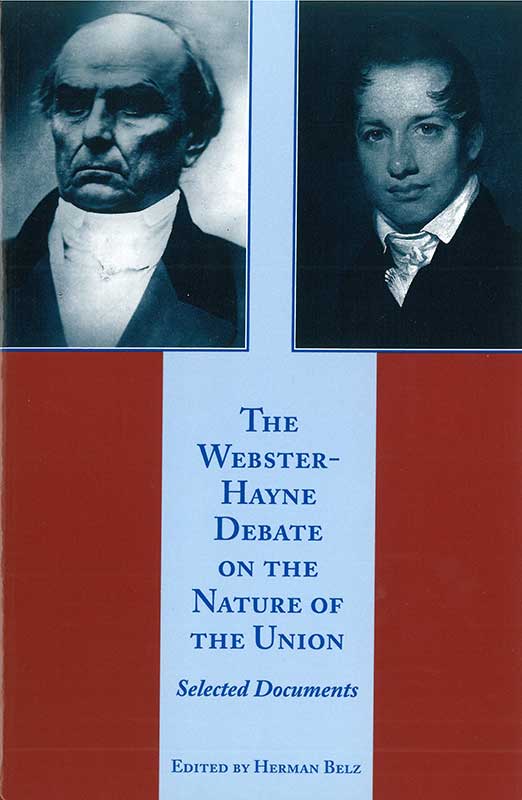 The debates between Daniel Webster of Massachusetts and Robert Hayne of South Carolina gave fateful utterance to the differing understandings of the nature of the American Union that had come to predominate in the North and the South, respectively, by 1830. To Webster the Union was the indivisible expression of one nation of people. To Hayne the Union was the voluntary compact among sovereign states. Each man spoke more or less for his section, and their classic expositions of their respective views framed the political conflicts that culminated at last in the secession of the Southern states and war between advocates of Union and champions of Confederacy. The Webster-Hayne Debate consists of speeches delivered in the United States Senate in January of 1830. By no means were Webster and Hayne the only Senators who engaged in debate “on the nature of the Union.” Well over a score of the Senate’s members spoke in response in sixty-five speeches all told, and these Senators did not merely echo either of the principals. The key speakers and viewpoints are included in The Webster-Hayne Debate. The volume opens with Hayne’s speech, which, as Herman Belz observes, turned debates on “the public lands” into “a clash between state sovereignty and national sovereignty, expounded as rival and irreconcilable theories of constitutional construction and the nature of the federal Union.” Webster responded, Hayne retorted, and Webster concluded with an appeal to “Liberty and Union, now and forever, one and inseparable,” in what later historians would deem to be “the most powerful and effective speech ever given in an American legislature.” Other speeches in the volume are by Senators Thomas Hart Benton, John Rowan, William Smith, John M. Clayton, and Edward Livingston. Together, these speeches represent every major perspective on “the nature of the Union” in the early nineteenth century.

Read the Liberty Classic on this title from Law & Liberty