Reading Room / Dante at 700: What the Supreme Poet can teach us about work, love, art, and life, Introduction Part Two

Dante at 700: What the Supreme Poet can teach us about work, love, art, and life, Introduction Part Two 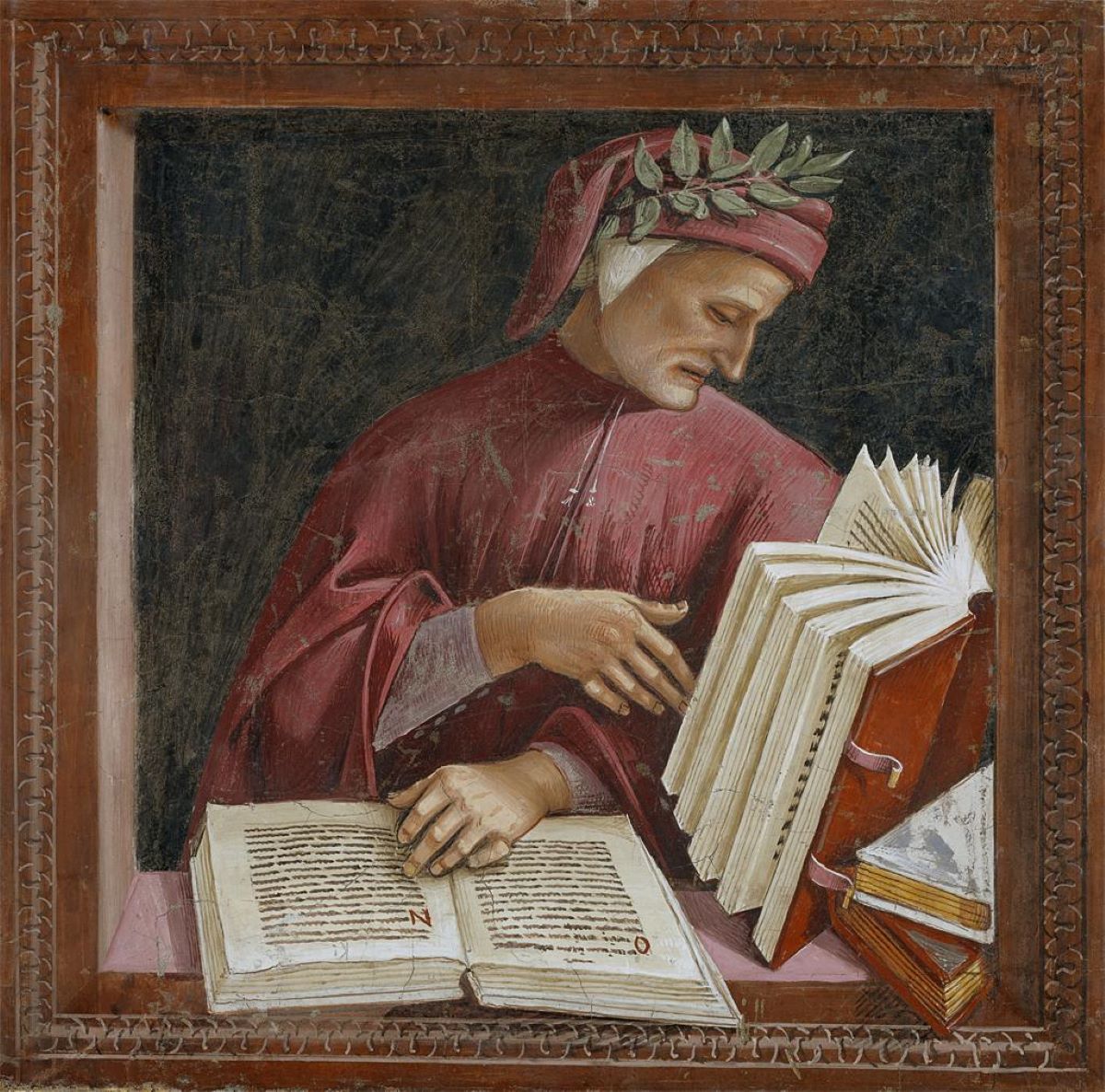 Last week we began our introduction to Dante’s Divine Comedy with the first three of the seven overarching lessons that we can learn from the immortal Italian about work, art, love, education, religion, politics, and creativity. Here are the next four:

4. Use art as a force for good. Oscar Wilde (and, more recently, Harold Bloom) helped make the idea of “art for art’s sake” fashionable. Dante adhered to a less popular if more aspirational ideal: that art does have a purpose, and that purpose is to help make us better people. Dante knew that one of the ways that art can help us accomplish this task is by refining our ethical sensibilities and by making us more responsive to the eternal call of conscience. In his Divine Comedy, Dante was unafraid to call out his contemporaries for their wrongdoings and moral shortcomings, even going so far as to put the despotic Pope Boniface VIII in hell. This does not mean that art should be driven by ideology. It does, though, mean that moral clarity, an unshakable sense of right and wrong, and the ceaseless pursuit of justice should be integral to art, not divorced from it.
5. Religion should emphasize ethical behavior over correctness of belief.
Dante used his poetry as a vehicle for conveying his opinions about politics and religion. Many of his concerns about papal power and 14th century Italian city-states are no longer relevant today. Among these various opinions, however, one stands out as more relevant now than ever: behaving like a decent human being is more important than believing like a faithful Christian (or Muslim or Jew). Dante reserved his lowest circle of hell not for pagans and heretics but for traitors and betrayers. He condemns robbers, cheaters, defrauders, and falsifiers to worse punishments than he does apostates and idolaters. We do not have to believe in Dante’s vision of the afterlife—nor do we even need to be religious—to accept his basic principle: that we should judge others not by the content of their creeds but by the quality of their conduct.
6. Overcome heartbreak through positive, constructive action. Almost all of us, at some point in our lives, will suffer from a crushing heartbreak. Dante was no different. When he was nine years old, he fell in love with a girl named Beatrice Portinari. But in a society in which marriages were arranged by one’s elders—and not matters of the heart pursued out of love—he had no way of courting her. Dante’s sorrow was compounded when, several years later, he learned that Beatrice had died unexpectedly. He was absolutely devastated—but instead of withdrawing from his intellectual and artistic activities, he intensified them. He channeled his emotions into his writing, and the works that he produced from out of the depths of his sadness —Vita Nuova (The New Life) and The Divine Comedy—changed world literature and changed the world. We may not be able to change the world through our response to our own heartbreak in the way that Dante did. But Dante shows us that heartbreak need not ruin us; in fact, it can be the spur we need to impel us toward finally realizing our true potential.
7. There’s no place like away from home. At least when it comes to creativity and artistic inspiration. Dante was devastated when he was banished from his beloved city of Florence in 1302. But it was only after he was exiled from his native city that he was able to compose his world-changing masterpiece, The Divine Comedy. Countless other artists have since emulated Dante’s example, achieving far greater success abroad than they ever had at home. James Joyce did not become a world-renowned writer until after he left Ireland. Joseph Conrad and Vladimir Nabokov became two of the greatest writers in the English language only after leaving their respective motherlands of Poland and Russia. Mississippi native Richard Wright wrote his greatest books in Chicago; American writer Edith Wharton wrote some of her most significant novels in France; and Czech composer Antonín Dvořák composed his greatest orchestral works in America. Exile may be uncomfortable for the body, but there is nothing better for the spirit. Nietzsche asserted that we should never trust an idea that was born indoors. Dante teaches us that we should never trust a creative work that was born at home.

Next week, we will enter directly into the world of The Divine Comedy and commence our journey with Dante into Inferno.