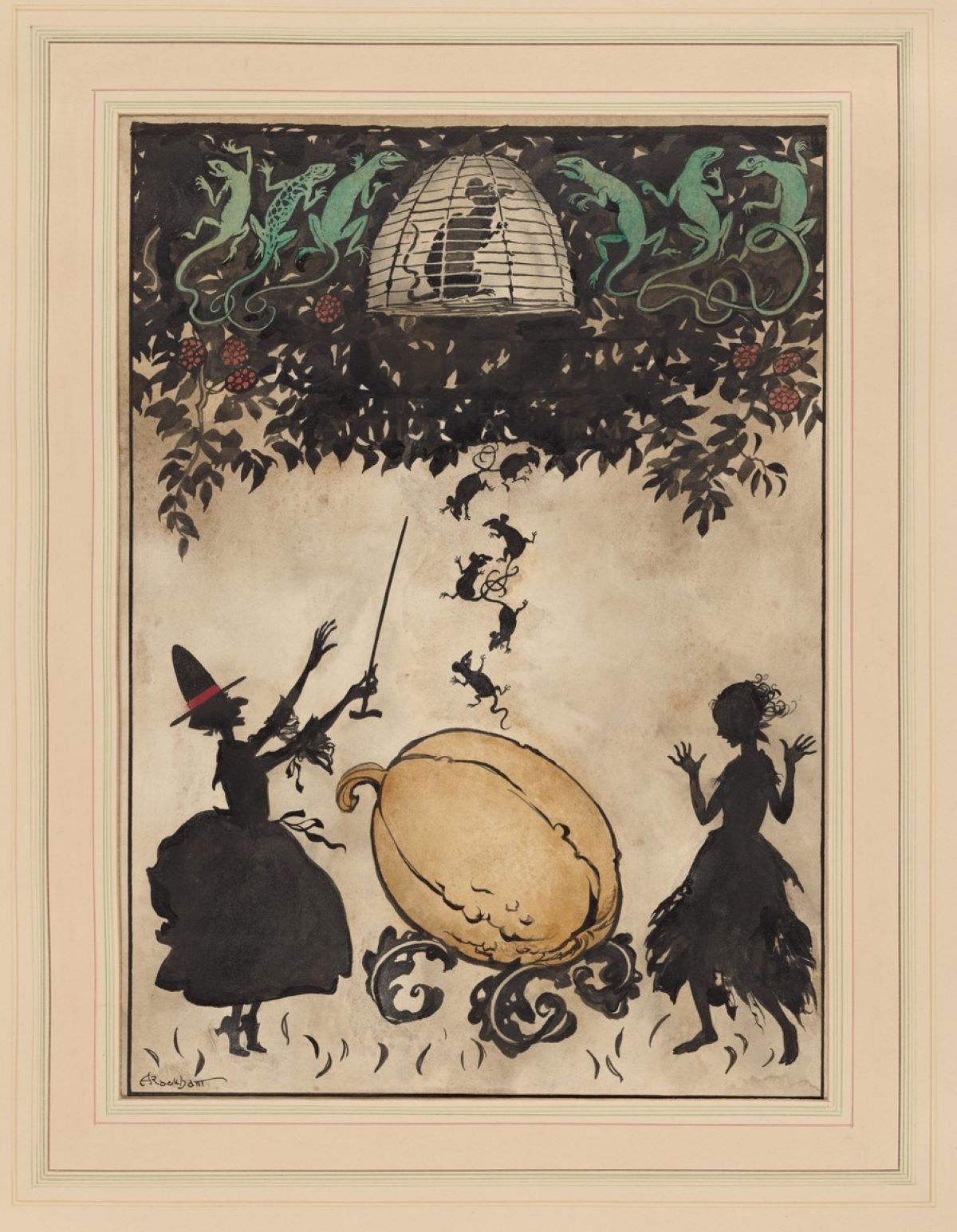 Fairy tales have long conveyed lessons about morality, survival, and even success. Charles Perrault's "Cinderella; or, The Little Glass Slipper" (1697), for instance, illustrates the values of not only kindness and grace but connections.

The final moral is that even courage and good breeding "may fail to bring you success, without the blessing of a godfather or a godmother."
But what if you had a fairy godmother willing not only to supply a ballgown and a pumpkin carriage, but, if you preferred, to "destroy all the handsome equipages, fine clothes, and dainty dishes" of the rich?
This is the premise of Jane Haldiband Marcet's "The Rich and the Poor," the first of the stories in Pamphlet Essays: Under the Superintendence of the Society for the Improvement of the Working Population in the County of Glamorgan, vol. 8-11 (1831). Marcet, whose intellectual circle included figures such as David Ricardo, wrote these fairy tales and parables to convey the insights of classical economists to a general audience.
This tale opens with the laborer John Hopkins complaining to a fairy about his poverty and his landlord's excesses: "in a word, rich men by their extravagance deprive us poor men of bread. In order to gratify them with luxuries, we are debarred almost the necessaries of life."
At his request, the fairy destroys all these luxuries with a swish of her wand. The landlord's mansion shrinks to a thatched cottage; the carriage morphs into a wagon; the gay apparel coarsens into rough clothing.
When the delighted John tries to thank her, the fairy invites him to visit her in a week: "it will be time enough for you to express your gratitude when you can judge how much you are obliged to me." A clever fairy, she had spent less time polishing her wand than studying economics.
The Politics of Luxury
Reading Marcet's tale 170 years later reminds us that such discussions about luxury and income disparities are timeless.
"The market for luxury goods is premised on inequality," observes Hettie O'Brien, who analyzes the role of "luxury capitalism" in the growing gap between department stores for the middle classes and those for the super-rich. In fact, she argues, in our economy, the "stark gulf' between classes "shows no sign of narrowing."
Like Marcet's laborer, O'Brien assumes that such gaps are in themselves problems, and many agree. Commentators were quick to note that in the riots of summer 2020, many looters targeted luxury stores as symbolic of those disparities.
Yet in Marcet's tale, eliminating luxury benefits no one. As the fairy predicts, John is not obliged when he discovers the disappearance of his own family's luxuries: the China tea pot transforms into crockery ware, his son's favorite game morphs into two sticks ("dry" sticks, no less) and John's snuff has evaporated from its box.
Worse, his brother Tom loses his job at a silk manufactory, and his son Jack is laid off by a coachmaker. John concludes that "the poor were gainers, not losers, by luxuries."
The Magic of the Invisible Hand
This revisioning of luxury evokes Adam Smith's discussion of "The Effect of Utility" in The Theory of Moral Sentiments (IV.1.10). There he acknowledges that the greedy landlord amasses more than he can consume, but the rest, he observes, he distributes among those who maintain his home and provide the trinkets he values: "all of whom thus derive from his luxury and caprice, that share of the necessaries of life, which they would in vain have expected from his humanity or his justice." In fact, the rich

consume little more than the poor, and in spite of their natural selfishness and rapacity, though they mean only their own conveniency. . . . they divide with the poor the produce of their improvements. They are led by an invisible hand to make nearly the same distribution of the necessaries of life, which would have been made, had the earth been divided into equal portions among all its inhabitants. (TMS IV.1.10)

In this instance, the "invisible hand" enables the greater distribution of goods, even without the landlord's intentions. Disrupt that pursuit of luxury, Smith suggests, and nobody benefits.
But what about the harm caused by the wealthy who waste their fortunes in luxuries and then fire their servants? John observes, "there might be too much luxury as well as too little."
Adam Smith would agree, as Marcet surely knew. In Wealth of Nations, Smith contrasts the frugal man, whose savings help maintain productive hands, with the prodigal who ruins himself. Still, Smith observes, "Great nations are never impoverished by private, though they sometimes are by publick prodigality and misconduct" (WN II.iii.19, 30).
As Marcet's labourer concludes, as long as the rich don't overspend, first injuring themselves, the poor have little reason to complain: "Why then, after all, the rich and the poor have but one and the same interest. . . . I am convinced that the comforts of the poor are derived from the riches of the rich."
John's fairy returns to teach him about wages in the second tale, and in the remaining three parables, John masters other principles through dialogues with villagers. Some of Marcet's lessons (particularly about population) reflect outmoded theories, but many of them remain as relevant today as they were in 1831. The magic of markets, as Marcet's fairy showed, is in the unappreciated luxuries all around us.