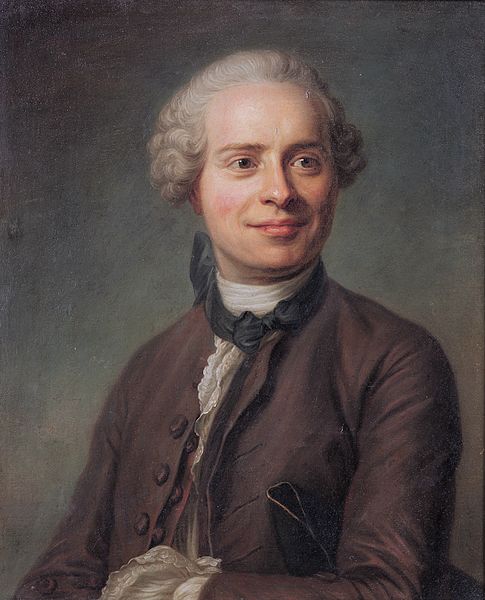 Jean Le Rond d’Alembert was born illegitimately to the salon hostess Madame de Tencin and the military officer Chevalier Destouches, d’Alembert had a brilliant mathematical mind and became a member of the Royal Academy of Sciences in 1742 at the age of twenty-four. While Diderot sought out the convivial atmosphere of the cafés, d’Alembert, with his high voice and attention to fashion detail, preferred the quieter and more controlled ambience of the salons. He collaborated with Diderot on the early volumes of the Encyclopédie, and his major contribution was the Preliminary Discourse, a lengthy treatise (forty-eight thousand words) that has sometimes been seen as the single most lucid and competent summary of European Enlightenment thought in the entire eighteenth century. The controversy with Rousseau and the authorities over the article Geneva (1758–59) took its toll on him, however, and he disengaged from the project shortly thereafter.