A Design for Liberty: The American Constitution

1. Fisher Ames, quoted in the video, ponders, “What is the liberty of nature?”  How does this (natural) liberty differ from civil liberties? What does this suggest about the appropriate role of the government in a free society?

2. Describe the concept of “republican government” in your own words.

3. As the founders looked back through history, they saw that most attempts at republican governments did not stand the test of time. Why? What steps did they go through in their demise?

4. Explain the meaning behind the following quote: “Half our learning is from the epitaphs on the tombstones of the ancient republics.”

5. One of the greatest challenges for the founders was of balance. How to preserve liberty without excess, while at the same time how to preserve order without destroying liberty? In your own words, describe the fundamental nature of this challenge.

6. Describe the trials faced by the American government under the Articles of Confederation in relation to the following quote (Benjamin Rush): “The temple of tyranny has two doors.” In your opinion, what was the main source of the young government’s problems?

7. Paraphrase Alexander Hamilton’s critique of Congress (under the Articles of Confederation).

8. Why did the American military petition Congress after the Revolution? What reactions did this cultivate among the founders?

9. What prompted Shays’ Rebellion, and how did this event contribute to the fear that America’s newly-won liberty was devolving into anarchy?

10. Explain why some Americans in the period between the end of the Revolution and the Constitutional Convention would lean toward reverting to a monarchy.

The U.S. Constitution has been described as “a law governing government itself”. How is this an illustration of the founders’ sentiments? In what ways have we as a nation diverted from this ideal today? Explain, using concrete examples. 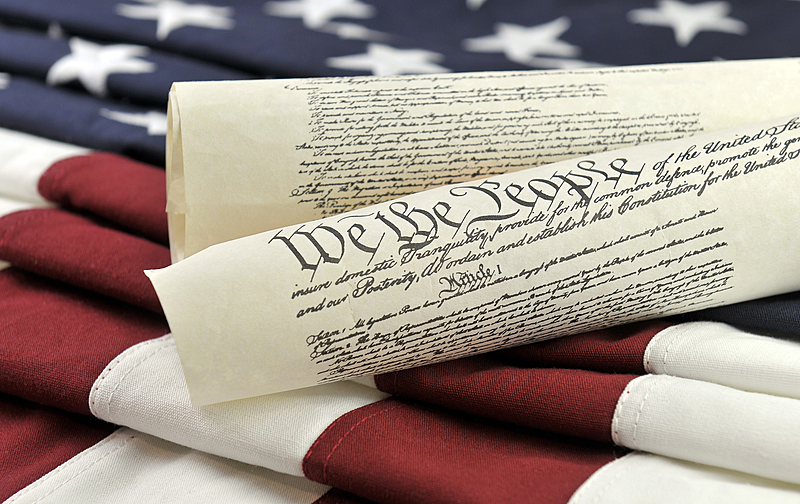