The Intellectual Portrait Series: A Conversation with Richard Cornuelle

Richard Cornuelle talks about the vital role voluntary institutions have played in American society and how they might be further encouraged to solve social problems without resorting to the state. 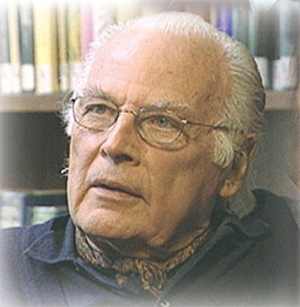 I-What does Cornuelle say is one of the things that has “misshapen society’ in the 20th century? What specific factors of life in the United States, prior to the beginning of the 20th century, led academics to hold such a view?

II-Cornuelle says that the point of view mentioned above created a new “canon” at the beginning of the 20th century. What three specific things did this canon include according to Cornuelle?

11:56 Liberty in the Internal Corporation

III-What does Cornuelle regard as the reason for mass industrialization in the United States, if not for a new supervisory level within corporations (a level that looked over the employees who are now working in factories as opposed to agriculture)?

IV-How does Cornuelle describe the terms ‘cosmos’ and ‘taxis’ together? During the progressivee era of the early 20th century, what elements of society fell under "cosmos" and "taxis," respectively? What kind of ideological effect has this had on American society?

VI- What event led Cornuelle to want to take his own chance in the realm in social reform? Who introduced Cournuelle to the book Road to Serfdom by FA Hayek?

VII- What did Cornuelle say about the size of the classical liberal movement during this time? What was the difference between conservatives of the time and libertarians, and why did young libertarians consider themselves ‘anti-conservative?’ Has/how has this changed since then? (Note: This Liberty Matters forum on the "fusionism" of Frank Meyer may be of interest here.)

VIII- What role did the collapse of the economy in the Soviet Union play on the establishment of an intellectual basis in the libertarian movement?

IX- What part of American life does Cornuelle say was ‘invisible,’ and what did this realization mean to Cornuelle? What did Cornuelle end up publishing as a result?

X- How does Cornuelle define the ‘independent sector’ and what does he want to say about the existence of the independent sector? Who does he cite as being influential in thinking of this idea and what term does that particular scholar discuss in the 1830s?

XI- Cornuelle discusses another author, John Kenneth Galbraith, who says that there are two different sectors. What are those sectors? What does Cornuelle say that Galbraith missed in this definition?

XII- What was the ‘big’ demonstration that Cornuelle mentions? What does Cornuelle regret the most about this demonstration? Who was interested in it that concerned him, and why?

XIII- What does Cornuelle say will be the ultimate reason that society changes? To what extent are you persuaded by his explanation?

XIV- Why does Cornuelle say Thomas Jefferson was against industrialization in the United States? How does Hayek respond to this? How, according to Cornuelle, does philanthropy relate to these views?