The Intellectual Portrait Series: A Conversation with Max Hartwell

One of the foremost historians of the Industrial Revolution discusses what really happened to the quality of life and standard of living for those who lived through the industrialization of the West.

I-What part of his life does Hartwell describe as being influential on his world views, especially his economic views?

II- What are some of the contributions of British colonialism in Australia that Hartwell cites as unique to Australia compared to other British controlled colonies in Asia?

III- Hartwell completed his master’s thesis at the University of Sydney which resulted in the publication of his first book, The Economic Development of van Diemen’s Land (1954). From the quote he reads from this book, what does Hartwell say about the influence of British imperialism in Australia? Does he still hold the same views he had when the book was first published?

IV- Hartwell’s PhD research revolved around what industry? Why did he choose this industry? What topic did this research prompt Hartwell to look more deeply into?

V- What were the three widely held beliefs in England that Hartwell challenged during his time at Oxford?

VI- What economic movement did the three ideologies mentioned above stem from? VII- What does Hartwell think is the one of the most promising aspects of modern economics?

XI- Continuing with Hartwell’s discussion on invention, what else does he suggest influences the possibility of invention increasing? What aspect of the production process inspired invention?

XII- O’Brien brings up the work of Jan de Vries who argues that the Dutch were the first to establish a modern economy. What differences does Hartwell point out between the economy of the Dutch and the Industrial Revolution in Britain?

27:26 Why was Great Britain the first to industrialize?

XIII- What was the economic system in Great Britain prior to the Industrial Revolution?

XIV- What differences in government and common law between France and Britain can be early contributions to Great Britain’s industrialization?

XV- What does Hartwell say is the difference between starting an enterprise in 1600 England vs 1775 England? Why does this matter in the conversation regarding the Industrial Revolution in Great Britain?

32:26 Historical Perspectives on the Industrial Revolution

XVIII- In addition to laissez-faire economic policies, what are three other factors that economic historians consider when explaining the success of the Industrial Revolution?

XXII- What does Hartwell consider to be a platform for the implementation of capitalism in Britain and therefore the Industrial Revolution?

XXIII- What is an important political aspect of Britain during the 19th century which contributes to political freedom during the Industrial Revolution?

XXIV- What does Hartwell suggest about the social aspect of factory life during the Industrial Revolution? What was the relationship like between employers and employees and how does Hartwell explain this relationship?

XXVI- What are the main aspects of classical liberalism as defined by Hartwell?

XXVII- Hartwell uses the term ‘compulsory consumption.’ Describe what he means and the context which he is using the term. 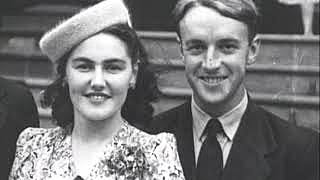