The Intellectual Portrait Series: A Conversation with Jacques Barzun

One of our most distinguished contemporary cultural historians, Jacques Barzun reflects on his long academic career and the movement of ideas he helped to shape through his seminal writings on liberal education in America. 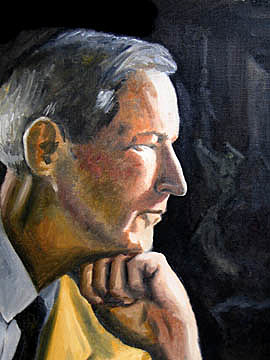 I-What aspect of Barzun’s childhood influenced his choice to become a cultural historian?

II- What major historical event greatly affected Barzun’s mental health? Where did Barzun go to help push against this?

III- Where did Barzun go after this? Barzun had a good, welcoming experience to this place, but did have to make some cultural adjustments. This included Barzun’s perception of equality. What does Barzun have to say about equality? What other aspects of society does he use to illustrate his explanation?

IV- Barzun spent all of his academic career at Columbia University. How has the structure of academic professions at universities changed, according to Barzun?

V- What suggestions does Barzun make for the structure of courses for college students? What specific subjects does Barzun say should be a part of a student’s four years at a college? To what extent do you agree with Barzun's suggestions?

VII- How is giving directions to a stranger like teaching, according to Barzun? What does Barzun suggest is important to teaching at the K-12 level? What does he suggest to give teachers an education in critical thinking? How does this compare to what we see in teacher training today?

VIII- Barzun has written many different pieces on human freedom. How does Barzun explain the academic viewpoints opposing (or not opposing) tyranny throughout history?

IX- Barzun mentions that some academics have associated capitalism with a form of tyranny and believe that any move in the opposite direction would have an impact on liberty. What example does Barzun use to refute this, and how effective is this example? Can you think of any others? Explain.

X- Barzun once wrote, “Democracy and freedom mirror nature.” What did he mean by this?

XI- Barzun says that one of the main issues today is between absolutism and relativism. Which one does Barzun say that we as a society should choose? Why?

XII- What is the first question one must ask in accepting absolutism? What cultural example does Barzun use to show the issues with absolutism?

XIII- The interviewer uses slavery and cultural differences to frame the question, “How is morality to be judged?” Barzun doesn’t like this approach to the question. Why? Explain his reasoning for this.

XIV- The interviewer asks Barzun about his perspective on the recent use of science as a guide to morality. What does Barzun name as the past equivalent to what science is becoming today? What is ‘scientism’ according to Barzun? What are some of the issues of scientism?

XV- What did the Romantics have to say about human life? What specific fields were the Romantics interested in? How did these interests influence the way others saw the Romantics?

XVI- What controversial opinion does Barzun hold about romanticism and reason? Explain his point of view on this connection.

XVIII- Why does Barzun have such an interest in William James?

XXI- What does Barzun have to say about modern culture compared to the past 400 years in his book From Dawn to Decadence? When does this period of decadence begin, according to Barzun?